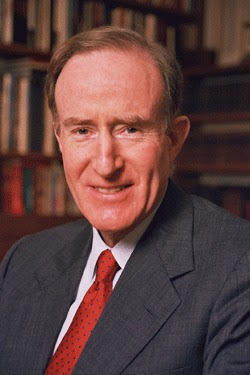 Religion and the Rise of Capitalism

The Influence of Religion on Economic Thinking and Economic Policy

Join all Harvard Clubs, SIGs, and Schools in the Northern California Region on Tuesday February 9th, from 5:00 to 6:30 for a presentation and conversation with Harvard Professor Benjamin M. Friedman.

Professor Friedman is one of the nation’s preeminent experts on economic policy, and he has written extensively on the broader relationship of economics to other lines of thinking. He will discuss his new book, “Religion and the Rise of Capitalism,” which will be released on January 26, 2021. (You can pre-order the book on Amazon here. Read an excerpt from the book in the Harvard Magazine.)

This new book is a major reassessment of the foundations of modern economic thinking, examining the profound influence of an until-now unrecognized force – religion. Professor Friedman will share his research into how religious thinking has shaped economic thinking ever since the beginnings of modern Western economics. In addition, in light of the fact that we have just concluded a historic national election, he will focus on how early religious influences continue to shape our current-day debate over economic policy in the United States.

More about the Book: Religion and the Rise of Capitalism 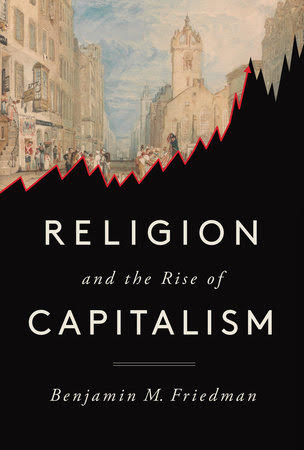 Critics of contemporary economics complain that belief in free markets–among economists as well as many ordinary citizens–is a form of religion. It turns out that, in a deeper, more historically grounded sense, there is something to this idea. Contrary to the conventional historical view of economics as an entirely secular product of the Enlightenment, Benjamin M. Friedman demonstrates that religion exerted a powerful influence from the outset. Friedman makes clear how the foundational transition in thinking about what we now call economics, beginning in the eighteenth century, was decisively shaped by what were then hotly contended lines of religious thought within the English-speaking Protestant world. Beliefs about God-given human character, about the afterlife, and about the purpose of our existence, were all under scrutiny in the world in which Adam Smith and his contemporaries lived. Friedman also explores how the resulting influences of religious thinking on economic thinking help to explain the sometimes puzzling stance of so many of our fellow citizens whose views about economic policies–and whose voting behavior–seems sharply at odds with what would be to their own economic benefit.

Professor Benjamin M. Friedman is the William Joseph Maier Professor of Political Economy, and formerly Chairman of the Department of Economics, at Harvard University. His best known books among the general public are The Moral Consequences of Economic Growth (Knopf) and Day of Reckoning: The Consequences of American Economic Policy Under Reagan and After (Random House). His newest book, Religion and the Rise of Capitalism (Knopf), will be published in January 2021. He has also written and/or edited fourteen other books, and more than 150 articles in professional journals, aimed primarily at economists and economic policymakers. Much of this work has focused on economic policy, and in particular on the role of the financial markets in shaping how monetary and fiscal policies affect overall economic activity. He is also a frequent contributor to publications reaching a broader audience, including especially The New York Review of Books.

Professor Friedman's current professional activities include serving as a director of the Private Export Funding Corporation, a trustee of the Pioneer Funds, and a director of the Council for Economic Education. He was also a long-time director and member of the editorial board of the Encyclopaedia Britannica. In addition, he has served as director of financial markets and monetary economics research at the National Bureau of Economic Research, as a member of the National Science Foundation Subcommittee on Economics, as an adviser to the Congressional Budget Office and to the Federal Reserve Bank of New York, as a trustee of the College Retirement Equities Fund, and as a director of the American Friends of Cambridge University. He is a member of the American Academy of Arts and Sciences and the Council on Foreign Relations.

Professor Friedman received the A.B., A.M. and Ph.D. degrees in economics from Harvard University; during his graduate study at Harvard he was a Junior Fellow of the Society of Fellows. In addition, he received the M.Sc. degree in economics and politics from King's College, Cambridge (U.K.), where he studied as a Marshall Scholar. Among other distinctions, he has received the George S. Eccles Prize, awarded annually for excellence in writing about economics; the John R. Commons Award, given every two years in recognition of contributions to economics; and the Medal of the Italian Senate.