Mark your calendars for another engaging event with Michael Porter HBS Professor & Katherine Gehl Business Leader and Former CEO to learn why competition in the politics industry is failing America and a strategy to reinvigorate our democracy.

We invite you to an enaging evening - Enjoy networking with fellow alumni followed by a fireside chat and Q&A with business leader Katherine M. Gehl and HBS professor Michael E. Porter. Food and beverages will be provided.

Katherine M. Gehl, former CEO and political innovation activist, and Harvard’s Michael E. Porter apply competition theory for the first time to politics, which uncovered the root cause of the dysfunction—the failed political competition the parties have created. Gehl and Porter collaborated to capture this work in the “Gehl Porter Politics Industry Theory.” This new lens reveals the reforms that will be necessary to truly realign America’s political system with the public interest.   Their 2017 Report lays out a strategy for reinvigorating our democracy. 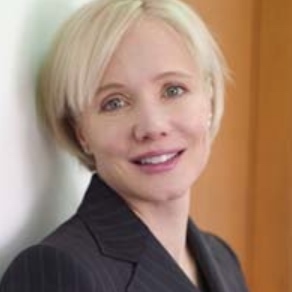 Katherine M. Gehl is a business leader, author and speaker. Katherine was president and CEO of Gehl Foods, a $250 Million high-tech food manufacturing company in Wisconsin where she led a transformational growth strategy, receiving multiple awards, before selling the company in 2015—in part to dedicate more time to political reform. Her career includes roles in the private and public sectors including at Oracle Corporation, Bernstein Investment Research and Management, Mayor Richard M. Daley’s Office at the City of Chicago, and Chicago Public Schools.  In 2011, Katherine was confirmed by the U.S. Senate to serve on the Board of the Overseas Private Investment Corporation. Over the past decade, Katherine has focused on the urgent need for non-partisan political innovation and reform on both state and national levels. In 2016, Katherine applied business competitiveness tools to the industry of politics for the first time, to uncover the root cause of the dysfunction—the failed political competition the parties have created. She invited Michael Porter to join her in this work. In 2018, Katherine co-founded Democracy Found, a Wisconsin-based initiative mobilizing a bi-partisan group of leaders to implement electoral innovations in Wisconsin.

Katherine graduated from the University of Notre Dame and holds an MA from Catholic University and an MBA from Kellogg.
About Michael E. Porter: 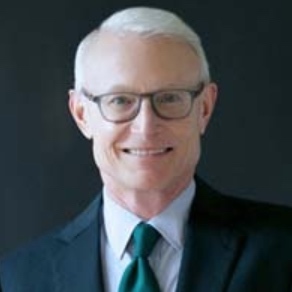 Michael E. Porter is an economist, researcher, author, advisor, speaker and teacher. Throughout his lifetime career at Harvard Business School, he has brought economic theory and strategy concepts to bear on many of the most challenging problems facing corporations, economies and societies, including market competition and company strategy, economic development, the environment and health care. Michael’s approach is based on understanding the overall economics and structure of complex systems, in contrast to particular elements or parts. His extensive research is widely recognized in governments, corporations, NGOs, and academic circles around the globe and has received numerous awards. Michael is the author of nineteen books and over 130 articles is the most cited scholar today in economics and business.

Michael graduated from Princeton University and holds an M.B.A. from Harvard Business School and a Ph.D. from Harvard’s Department of Economics.