Don't miss out on one of the premier events celebrating fifty years since the Summer of Love, taking place right where it all happened. 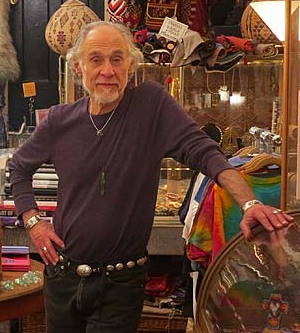 Tsvi Strauch, Harvard AM 1961, Berkeley BA 1959, is a noted chronicler of the hippie culture and its genesis.  Founder of the first hippie clothing store on Haight Street, In Gear (founded 1966), Strauch was personal friends and neighbors with many of the famous musicians from the Haight scene, including Janis Joplin and Jerry Garcia. Strauch helped found the Council for a Summer of Love (whose name is credited as being the first use of the term "Summer of Love") and the Haight Ashbury Independent Proprietors (HIP). Strauch was a member of the Psychedelic Rangers, which helped organize the Human Be-In, an event regarded as the catalyst for the Summer of Love.  Strauch was a major source for the book "Hippie Inc.," which details the rise of new hippie business practices, resulting in the most profitable social movement in history.

Harry will speak about the historical, sociological and economic parameters, as well as the local educational institutions that created the synchronous, mystical, magical vortex known as the Haight Ashbury.  He will also reflect on lessons from the Summer of Love, and their renewed relevance in the present day.