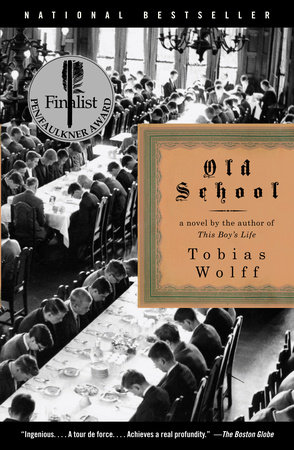 San Francisco (location will be sent on Friday, October 18 to those who RSVP)
Free, but RSVP required

A scholarship boy at a New England prep school grapples with literary ambition and insecurity in this lucid, deceptively sedate novel, set in the early 1960s. Each year, the school holds writing contests in which the prize is a private audience with a visiting writer who judges the entrees. The unnamed protagonist, unable to be honest with himself, fails to get a nod from Robert Frost or Ayn Rand. Determined to win with Ernest Hemingway, he discovers inspiration in imitation, finding his voice in someone else's. As he retreats behind his public facade, his illusions about literature dissolve. Old School is a small, neatly made book, spare and clear in its prose, that enters the interplay between dreams and the adult interrogation of memory. Wolff confronts a golden age that never was. From the confrontation, he distills a powerful novel of failed expectations and, ultimately, redemptive self-awareness.

Read the book then bring your thoughts and perspective to a lively discussion.
Registration required by October 17.

San Francisco (location will be sent on Friday, October 18 to those who RSVP)