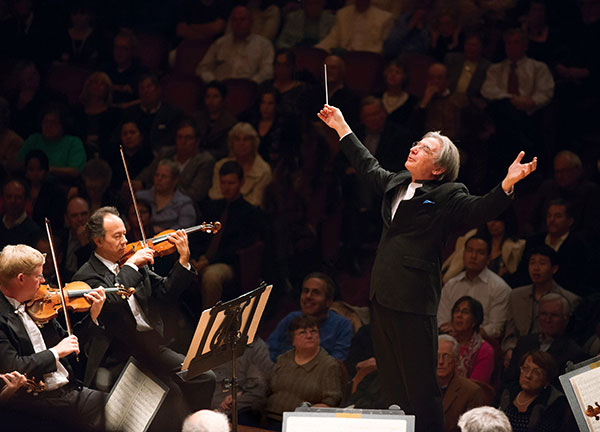 The San Francisco Symphony welcomes our friends at Harvard to an exclusive 25% off to one of Michael Tilson Thomas’ last concerts with the San Francisco Symphony, Beethoven250: MTT & Emanuel Ax: Beethoven & Julia Wolfe on Friday, January 17th. Participate in SFS history and enjoy a truly special evening as we celebrate both MTT and the 250th anniversary of the birth of Beethoven. Presented by the renowned Beethoven virtuoso Emanuel Ax, you will hear some of the earliest-known music by the composer, the Piano Concerto No. 2. A signature piece for Michael Tilson Thomas, Berg’s spellbinding Three Pieces for Orchestra is a revival of recent performances issued on the Orchestra’s in-house label, the eight-time Grammy Award-winning SFS Media.

Your private reception begins at 6:30pm in the 2nd tier lobby. Guest speaker will be Jonathan Vinocour.

Jonathan Vinocour joined the SFS as Principal Viola in 2009, having previously served as principal viola of the Saint Louis Symphony and guest principal viola of the Leipzig Gewandhaus Orchestra. A native of Rochester, NY, Mr. Vinocour graduated from Princeton University and the New England Conservatory of Music. He is a regular coach at the New World Symphony in Miami and is also on the faculty of the San Francisco Conservatory. His first solo album, was recorded with the support of the Holland America Music Society. He plays a 1784 Lorenzo Storioni viola, on loan from the San Francisco Symphony.