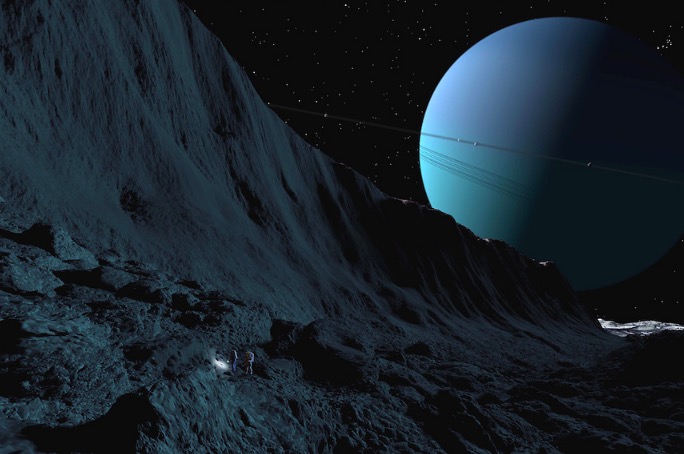 Please join us for a Zoom webinar with Astronomer Andrew Fraknoi AB '70 about the top tourist sights of the solar system.

Using spectacular images from space probes and the world’s largest telescopes, we will explore the most intriguing future “tourist destinations” among the planets and moons in our cosmic neighborhood. Our stops will include:

HCSF Zoom Webinar (dial-in information will be sent on Monday, April 27 at noon to those who RSVP)
Please make sure you are all set to use Zoom before you join the conference (log-in the day before to try it out). The event will start on time. Click here to "GET STARTED" on ZOOM.

Professor Andrew Fraknoi is an award-winning scientist and educator, known for his skill in interpreting astronomical discoveries and ideas in everyday language.

The International Astronomical Union has named Asteroid 4859 Asteroid Fraknoi to honor his contributions to the public understanding of science. He is eager to point out, however, that his asteroid orbits peacefully in the main belt of asteroids between Mars and Jupiter, and is not a danger to planet Earth.

Named the California Professor of the Year in 2007, radio listeners know Professor Fraknoi as a frequent guest on local and national news and talk programs. He has been a regular guest on The Forum Program (with Michael Krasny) on KQED and on Science Friday and Weekend All Things Considered on National Public Radio. His TV appearances include The Today Show, MSNBC, CBS Morning News, and Larry King Live.

Professor Fraknoi serves on the Board of Trustees of the Search for Extraterrestrial Intelligence (SETI) Institute, a scientific and educational organization; as an elected Fellow of the California Academy of Sciences; and as Vice-chair of the Friends of the Lick Observatory Board. In 2011, he was elected Honorary Member of the Royal Astronomical Society of Canada, a distinction bestowed on only 15 living scientists. In 2012, the Astronomical Society of the Pacific established “The Fraknoi Supporter’s Award” to recognize people who have given exceptional service to and support of the Society; Professor Fraknoi was the first recipient. He was elected a Fellow of the American Astronomical Society in 2020.

He retired in 2017 as the Chair of the Astronomy Department at Foothill College, and now teaches non-credit astronomy courses for older adults at University of San Francisco and San Francisco State. He served as the Executive Director of the Astronomical Society of the Pacific for 14 years. He is the lead author on a free, open-source college astronomy textbook published by the non-profit OpenStax project at Rice University. He also writes science fiction and has had three stories published in the last few years.