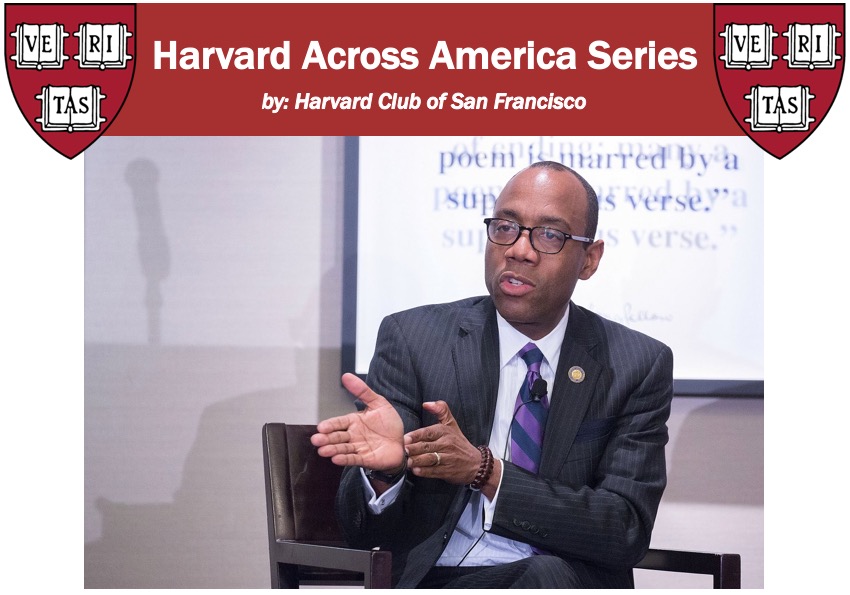 Harvard Across America Series: The Curve and the Election -SOLD OUT

Democracy, Disparities and the Pandemic

What happens when discrimination and a pandemic collide?

Join us for an interactive discussion with Cornell William Brooks, Harvard Professor of the Practice of Public Leadership and Social Justice. Brooks is the former president and CEO of the National Association for the Advancement of Colored People (NAACP), a civil rights attorney, and an ordained minister.

Brooks was most recently visiting professor of social ethics, law, and justice movements at Boston University’s School of Law and School of Theology. He was a visiting fellow and director of the Campaign and Advocacy Program at the Kennedy School’s Institute of Politics in 2017.

Brooks served as the 18th president of the NAACP from 2014 to 2017. Under his leadership, the NAACP secured 12 significant legal victories, including laying the groundwork for the first statewide legal challenge to prison-based gerrymandering. He also reinvigorated the activist social justice heritage of the NAACP, dramatically increasing membership, particularly online and among millennials. Among the many demonstrations from Ferguson to Flint during his tenure, he conceived and led “America’s Journey for Justice” march from Selma, Alabama to Washington, D.C., over 40 days and 1000 miles.

Prior to leading the NAACP, Brooks was president and CEO of the New Jersey Institute for Social Justice, where he led the passage of pioneering criminal justice reform and housing legislation, six bills in less than five years. He also served as senior counsel and acting director of the Office of Communications Business Opportunities at the Federal Communications Commission, executive director of the Fair Housing Council of Greater Washington, and a trial attorney at both the Lawyers’ Committee for Civil Rights Under Law and the U.S. Department of Justice. Brooks served as judicial clerk for the Chief Judge Sam J. Ervin, III, on the U.S. Court of Appeals for the Fourth Circuit.