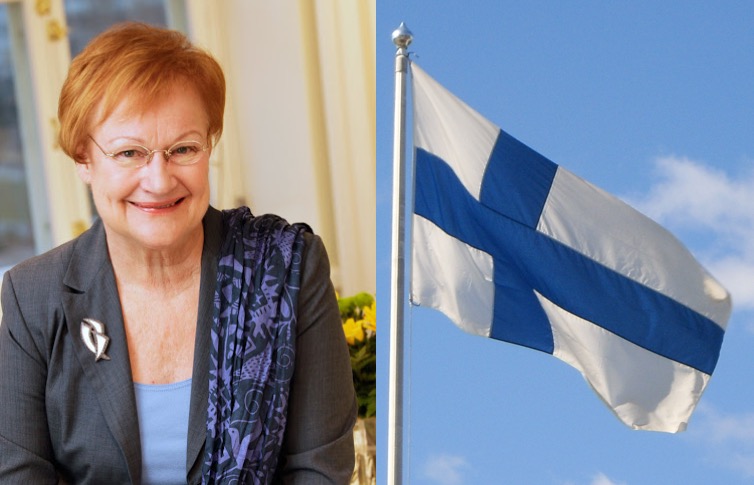 11th President of Finland – Her Excellency Tarja Halonen - Sold Out

President Tarja Halonen was Finland's first female head of state, serving from 2000 to 2012. She was an extremely popular president, with her approval ratings reaching a peak of 88 percent.

Forbes named President Tarja among the 100 most powerful women in the world.

She is a member of the Council of Women World Leaders and has been very active in the area of sustainability, including serving as Co-chair of the UN Secretary-General’s High-Level Panel on Global Sustainability.

Widely known for her interest in human rights issues, President Halonen served as the chairperson of the Finnish LGBT rights organization in the 1980s, and she actively participated in the discussion of issues such as women's rights and the problems of globalization during her presidency.

About the speaker:
Tarja Halonen was the 11th President of Finland from 2000 to 2012, the country’s first female head of state.

She was born in Helsinki in 1943 and graduated from the University of Helsinki in 1968 and has a Master of Law degree. President Halonen became the first female lawyer with the Central Organisation of Finnish Trade Unions in 1970-74, continuing in this position during her political career as a Member of Parliament and Cabinet Minister.

She joined the Social Democratic Party in 1971. Her political career began in 1974 when she was appointed parliamentary secretary to the Prime Minister, a post she held until 1975. She was elected to Parliament in 1979 and held her seat in five consecutive elections until she assumed the office of the President of Finland.

President Halonen has also been the chairperson of a national organization for LGBT (Lesbian, Gay, Bisexual, Transgender) people. In the early 1980s, she was chairperson of SETA, the main LGBT rights organization in Finland. As a politician, she has pursued issues of equality between women and men.

During her presidency, she served as the co-chair of World Commission on the Social Dimension of Globalisation, appointed by International Labour Organization ILO (2002-2004). From 2009 to 2014 she served as the Chair of the Council of Women World Leaders. In 2010, President Halonen was appointed co-chair of the UN Secretary-General’s High-level Panel on Global Sustainability. In 2017 she was appointed to membership of the UN Secretary-General’s High-Level Advisory board on mediation and is currently the co-chair of the High-Level Task Force for International Conference on Population and Development.

She speaks Finnish, Swedish, and English, and is studying Estonian.