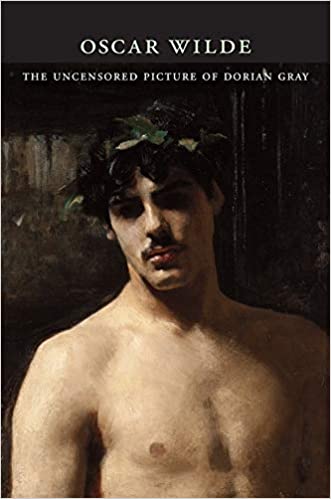 On Sunday, May 16 at 4:30 pm PT, the Harvard Club of San Francisco will discuss "The Picture of Dorian Gray" by Oscar Wilde.

For more than twenty years, the San Francisco Harvard Club Reading Group has brought together alums spanning six decades with education and experience that brings out unique insight into classic and contemporary literature.

Written in his distinctively dazzling manner, Wilde’s story of a fashionable young man who sells his soul for eternal youth and beauty is the author’s most popular work. The tale of Dorian Gray’s moral disintegration caused a scandal when it ﬁrst appeared in 1890, but though Wilde was attacked for the novel’s corrupting inﬂuence, he responded that there is, in fact, “a terrible moral in Dorian Gray.” Just a few years later, the book and the aesthetic/moral dilemma it presented became issues in the trials occasioned by Wilde’s homosexual liaisons, which resulted in his imprisonment. Of Dorian Gray’s relationship to autobiography, Wilde noted in a letter, “Basil Hallward is what I think I am: Lord Henry what the world thinks me: Dorian what I would like to be—in other ages, perhaps.”

Note: We will be discussing the uncensored version: https://www.hup.harvard.edu/catalog.php?isbn=9780674057920

About the uncensored version, published in 2012:
More than 120 years after Oscar Wilde submitted The Picture of Dorian Gray for publication in Lippincott’s Monthly Magazine, the uncensored version of his novel appeared for the first time in a paperback edition. This volume restores all of the material removed by the novel’s first editor.

Upon receipt of the typescript of The Picture of Dorian Gray, Oscar Wilde’s editor panicked at what he saw. Contained within its pages was material he feared readers would find “offensive” — especially instances of graphic homosexual content. He proceeded to go through the typescript with his pencil, cleaning it up until he made it “acceptable to the most fastidious taste.” Wilde did not see these changes until his novel appeared in print. Wilde’s editor’s concern was well placed. Even in its redacted form, the novel caused public outcry. The British press condemned it as “vulgar,” “unclean,” “poisonous,” “discreditable,” and “a sham.” When Wilde later enlarged the novel for publication in book form, he responded to his critics by further toning down its “immoral” elements.

HCSF Zoom Meeting - Zoom link is provided in the event registration confirmation email and at the link below.

Please sign in with your HarvardKey, otherwise a duplicate record will be created and you will not be able to log-in.
No HarvardKey? Please retrieve your HarvardKey here. For help, email ithelp@harvard.edu or call 617-495-7777

Zoom link is provided in the event registration confirmation email and the link above.